Whether you are an IT guy or not, most people understand that flash storage is entirely a good thing. The smartphone would have never taken off if you had to wait for the device to spin up a drive before you could read your text messages, and one pound tablets that are millimeters thick would still be a figment of our collective imagination. NAND flash storage was first developed by Toshiba in the early 1980s and commercialized in 1987 – so for all the benefits that flash storage brings why have they only begun finding their way into the datacenter in the last five to ten years?

NAND, which describes the type of logic gate that controls how 1s and 0s are stored in flash, has always trailed spinning media in terms of capacity and reliability. Whereas stacking platters inside of a disk make it trivial for manufacturers to increase drive capacities, shrinking NAND technology from 64 nanometer lithography technology to 32nm, then to 25nm, and most recently to 16nm lithography is exponentially more difficult and expensive. Because of the smaller capacities and higher manufacturing cost, NAND flash has been held out of enterprise datacenter applications prior to the mid 2000s when it began showing up in high-end storage arrays.

Fast forward to 2014 where you might find SSDs installed in every piece of intelligent equipment in a server rack (even switches!). With different types of flash serving a variety of purposes, this primer aims to help make sense of where flash can be found and where it can be applied to produce a positive impact on performance and usability in your datacenter.

Traditional Storage Arrays – The first entrance point for flash in the datacenter was the enterprise storage array, and this is where the bulk of flash still exists. Offerings from big storage (NetApp, EMC, Hitachi, etc.) often feature hybrid approaches in which a subset of your data is cached or stored on flash while the majority still resides on spinning disk. The high cost of SSDs from ‘big storage’ forced the hybrid approach into the spotlight, but it wouldn’t last due to the rise of…

All Flash Storage Arrays – If a little bit of flash did wonders for an array of spinning disks, a lot of flash had to be even better, right? That obvious conclusion spawned a whole new market segment of storage startups whose singular aim was to blow the doors off of traditional storage arrays in terms of performance and seize a piece of the storage market. Pure, XtremIO (later acquired by EMC) and SolidFire have all garnered interest for their approach to an all-flash design. The manufacturing costs and smaller capacities of NAND did not disappear, so in order to compete with traditional storage arrays on a cost per gigabyte basis there had to be better ways to store data, commonly achieved in software with proprietary compression and deduplication algorithms. ‘Big storage’ vendors like EMC and NetApp have either acquired or adjusted their existing portfolio to better leverage flash and make it more affordable while protecting their kingdoms from these up-and-comers.

Server-Side Caching – Perhaps the fastest growing segment in flash technology today, server-side flash technology is most popularly commercialized by FusionIO, now part of SanDisk, and is OEM’d by most major server manufacturers. Server-side caching has the benefit of being targeted acceleration for a small set of critical applications like a database or web server and usually costs less than outfitting a storage array with SSD. Because the caching is taking place closer to where the actual work is being done (on your server) there are tangible performance benefits and reduced contention for network resources. In addition to SSDs that can theoretically bottleneck the 6 Gbps SAS or SATA bus, there are card based offerings that utilize the ample throughput of the 25 Gbps PCIe bus for acceleration. The trade-off to server-side caching is the resources are generally captive and not shareable between applications residing on different hosts which sacrifices manageability and cost efficiency.

It is widely believed that 16nm NAND may be the smallest lithography we can cost-effectively achieve, and this has forced exploration into different types of flash storage that does not use NAND logic to store 1s and 0s. One area seeing some growth is non-volatile RAM chips. Due to the processing adjacency with the CPU, RAM based storage is an order of magnitude faster than even the biggest all flash arrays. Some highlights include offerings still in development or first customer shipment phases around Resistive RAM (ReRAM) from Panasonic and Memory Channel Storage from Diablo Technologies.

There is a lot of information out there, and Tego Data helps businesses of all sizes take a holistic look at the proven approaches and emerging trends of the storage and virtualization industry, with the goal of helping them deliver solutions that drive better business efficiency from within the datacenter.

About the Author
Nolan Smith

Director of Engineering at Tego Data 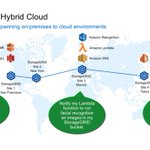 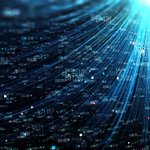 We have been working with the team at Tego Data Systems for 6 years now. They have helped us design and implement our NetApp infrastructure which has worked flawlessly to keep our data protected and available.

We recently upgraded our SAN to accommodate higher performance and capacity needs. The engineers at Tego took the time to understand exactly what our needs were and helped us parse through our data to ensure we sized the new system properly. They were key in the decision making process and the installation, making the migration a complete success. It was critical to our business that the new system was able to handle the increased work load and it has done exactly that.